José Manuel Resendes is a Luso-Canadian conductor, composer and arranger currently living in Toronto, Ontario, Canada.  Born in Sao Miguel, Açores, José immigrated with his family to Toronto in March of 1966 at the age of 10.  His passion for music began through the influence of his Father and Uncle who were both founding directors and contributors to the formation of the first Portuguese Banda Filarmónica established in Canada that same year.  The name of this organization was the Banda do Senhor Santo Cristo, an ensemble which José joined shortly after attending a few of its first rehearsals.

His music education is a culmination of study and experience. It was through the Banda do Senhor Santo Cristo where he was first exposed to music, learning basic rudiments and methods of snare drum performance by senior members of the ensemble such as Sr. Daniel and Sr. Freitas Gazul.  By 1973, José was encouraged by his parents and school teachers to pursue additional musical studies at the Royal Conservatory of Music.  There he studied Classical Trumpet with Mr. Hinds and Mr. Umbrico, and Music Theory and Composition under the guidance of Dr. J.A. Dawson.

His accomplishments within the Portuguese community has significantly led towards his recognition as a musical leader amongst filarmónica community across North America. José is most recognized as an established conductor having led several ensembles over the last 40 years.  This includes the Banda de São Miguel Arcanjo of Hamilton (1984-1991), the Banda do Sagrado Coração de Jesus of Toronto (1991-2010), Ecos de Portugal (1993-2017), and currently as the conductor of the  Filarmónica Lira Bom Jesus of Oakville (2017-present). Outside of wind bands, he is also recognized for developing two significant musical theatre productions (‘Laterna Magica’ in 1979-1983, and ‘Ontem e Hoje’ 2014-2016). The music for both stage productions was Arranged (Lanterna Majica), and composing the music for the Mini-Operetta (Ontem e Hoje) exemplifies his diverse interest in writing and arranging for wind bands and choirs.

José’s extensive catalogue of compositions and arrangements have been performed by various bands in both Canada and the United States, and can be heard in several CD Recordings made by the ensembles listed above. 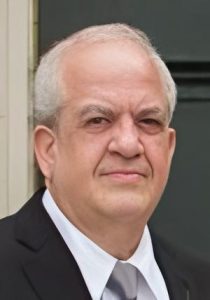